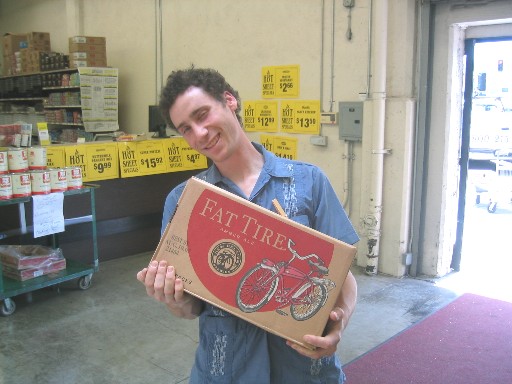 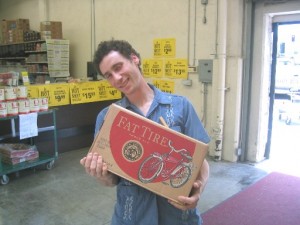 Last Year’s Fat Tire Beer Bust was of the hook We had Crimewave on the deck. DJ “Fresh Freddy” in the house. 2 Kegs of Fat Tire Beer, Ribs, Potatoes salad, Greens, Hot links, Veggie burgers, raffles, and then some. It was a gathering of beautiful girls, hot looking dudes, and people of all ethnic backgrounds and orientations. It rocked the house! 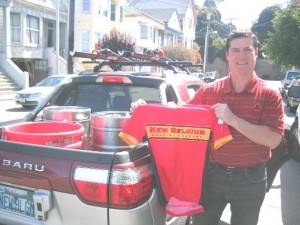 However, on 13 May 2007, the San Francisco Mission District – 94110 was packed. With the Sports Basement Community, AIDSLifeCycle Cyclist, Fat Tire Beer – Ed Dopman, Sister Um Gawd, Retrograde Revolution, Colin Harris, Lisa Hines & Bella Luxe, DJ Fresh Freddy, and American Cyclery – Tyson, all joining together in the fight against the AIDS Pandemic – we had a great time. 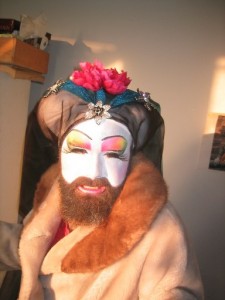 Raffling off various Cannondale, Castelli, DrySport, New Balance, In Sport, Craft and Pedro gear & jerseys, Sister Uma Gawd single handedly raised over $250.00 dollars towards my $2.500 AIDS LifeCycle Sponsorship minimum. So, my hat is off to the Sisters of Perpetual Indulgence.

Overall, Fat Tire Beer Bust – 2007 raised well over $750.00 towards my $2,500 AIDSLifeCycle Sponsorship minimum. Thank you all for your continued support.

On 01 January 1994, I realized that there was more to life than: guzzling an expensive bottle of Robert Mondavi Chardonnay, being the belle of the ball, speaking of what others need to work on, and/or sitting daily on the same coach (in self pity). So, I bought a 10 year old Bianchi Road Bike. And I began a 6-month intense cycling training for a cycling event called the California AIDS Ride #2.

At the age of 44, I am so thankful to have the ability to participate in my 10th AIDSLifeCycle / California AIDS Ride. And as Day 1 approaches, I ponder over new challenges that may arise. I’m so happy that I could cry. And, … . . . I’m a bit scared. Yet, regardless of what occurs during this seven day journey, I will do my best to stay strong, live long, keep my wit, have fun, and stay focused.

Why do I continue to participate:
1. Supporting the San Francisco AIDS Foundation, and it’s beneficiaries is a great cause.

2. “African Americans account for more than one-third of the cases reported since the beginning of the epidemic and half of all diagnoses in 2003. African American women between the ages of 25 and 44 are 13 times more likely to die of the disease than their counterparts. According to CDC data reported through December of 2001, African Americans were the largest group of young people affected by HIV, and accounted for 56 percent of all HIV infections ever reported among those aged 13-24.”

3. Participating in the California AIDS Ride & AIDSLifeCycle changed my life. .. (I went from a bottle of Chardonnay a day to Iyengar Yoga at 7:00am.).

4. It gives me the opportunity to empower others (by my example).

“Here’s to the crazy ones. The misfits. The rebels. The troublemakers. The round heads in the square holes. The ones who see things differently. They’re not fond of rules. You can quote them. Disagree with them. Glorify or vilify them. But the only thing you can’t do is ignore them. Because they change things. They push the human race forward. And while some may see them as the crazy ones, we see genius. Because the people who are crazy enough to think they can change the world, are the ones who do.”