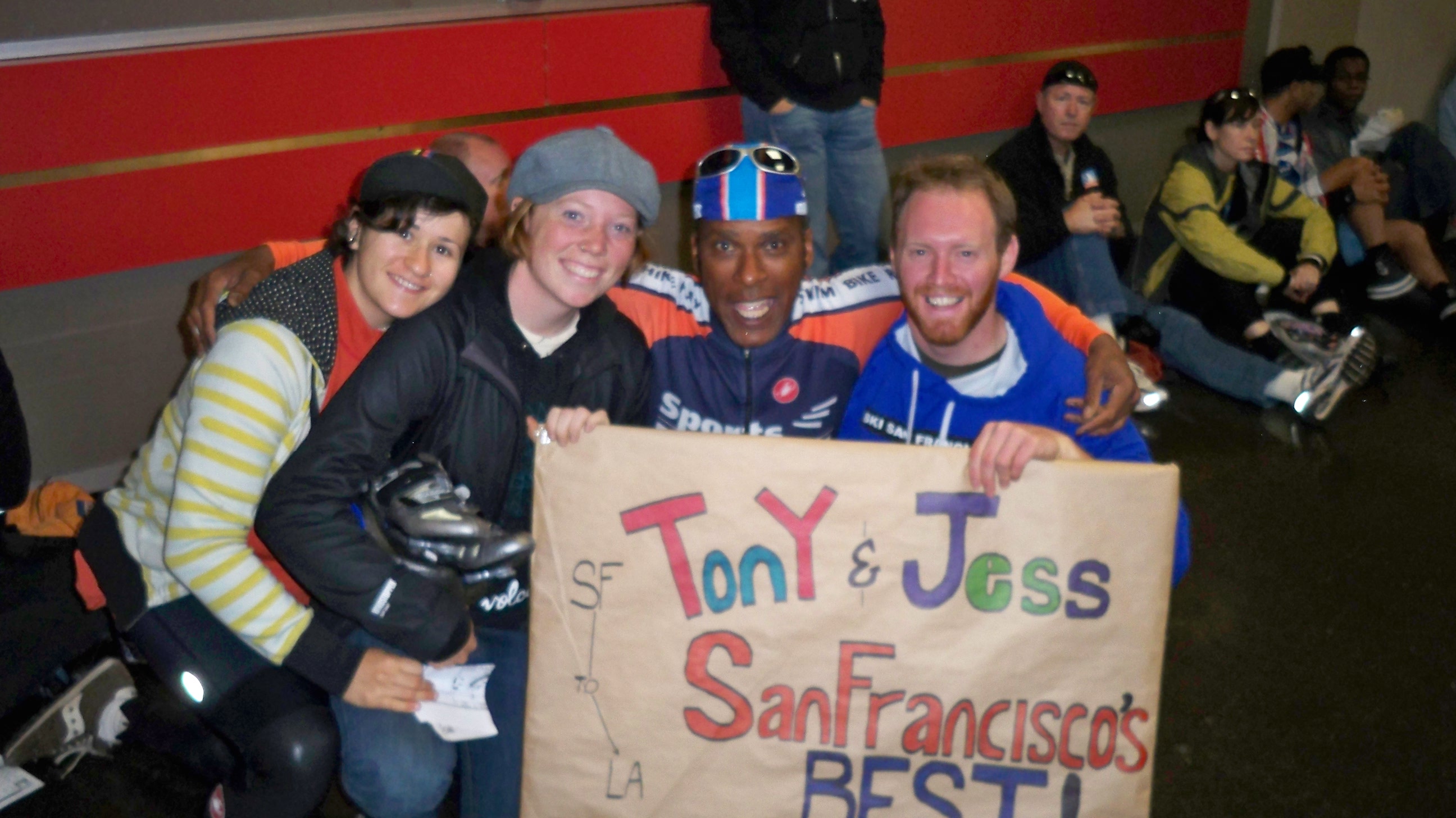 Reaching my fund raising minimum of $3,000.00, On 31 May 2009, I arrived at the Cow Palace & patiently awaited the opening ceremonies for AIDSLifeCycle 2009. Although there was no coffee in the house, testosterone was overflowing and the 2,000 cyclist reminded me of “The Running of the Bulls of Pamplona.” 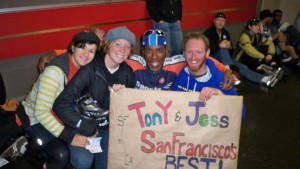 Having cycled the first stage of this journey (as part of my training), I had no doubt that my performance would be acceptable. And having the company of David, Ramon – “the slacker,” Bruce, Aesha, and Jess – “Butch,” I was assured that I wasn’t alone. 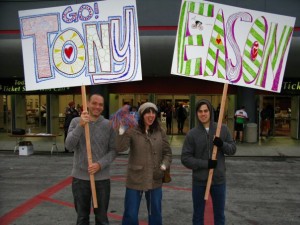 As I darted out of the Cow Palace, amongst the flow of 2,000 fellow cyclist, I heard my name being called – “Tony Eason.” And as I focused my eyes, I saw my yoga students of James Howell Studio. My yoga students had acted upon what I had told them – “I have never had anyone make a sign with my ‘whole name’ on it for the opening ceremonies of AIDSLifeCycle.” Therefore, they organized a carpool & made a sign. I was so “moved & shocked” that I nearly fell off my bike.

Later that day, as I rode down Highway 92 towards Half Moon Bay, I noticed a drive thru coffee business – Caffino. So, being that there was no Peet’s in sight, I pulled over and enjoyed a double latte. And as I sipped my coffee, I contemplated an 80 mile, nonstop ride to Santa Cruz. And then, my eyebrow rose. In the distance, I saw fellow AIDSLifeCycle cyclist -Sports Basement G.M, Joey Chandler moving like a seasoned gazelle.

After being fueled by caffeine, I passed up the lunch stop at San Gregorio State Beach (mile 41.1) and proceed to take a 10 minute breather at the general store in Davenport, California. (mile 70). 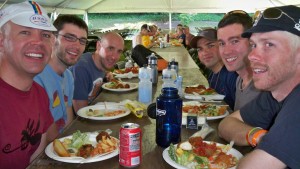 [AIDSLifecycle 2007 “Team Google” provided me with the Google seal of approval for “An Outstanding AIDSLifeCycle Packing List). Team Google says, “It was exactly what they were searching for ….” ]